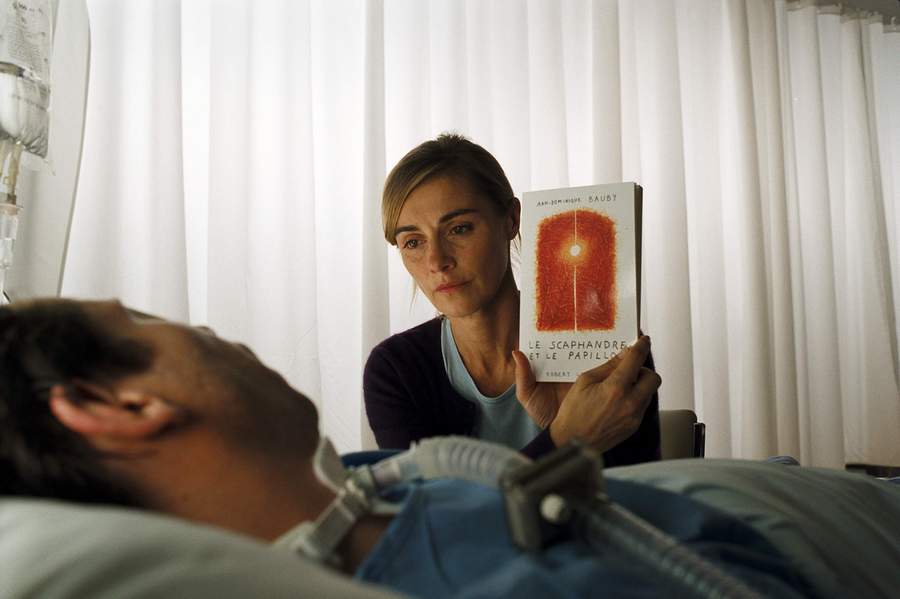 Directed by celebrated artist-turned-filmmaker Julian Schnabel, who won an award in Cannes for it, The Diving Bell and the Butterfly is the true story of the Parisian journalist and fashion editor Jean-Dominique Bauby (Mathieu Amalric), who suffered a devastating stroke at the age of 43. Paralyzed almost completely by what is termed locked-in syndrome, his left eye was the only part of his body that he was still able to move. In a Herculean effort, Bauby learned to blink in an alphabet code that eventually enabled him to communicate. The film alternates between Bauby's interaction with his visitors and caretakers (including painstakingly dictating his memoir, the titular Le Scaphandre et le Papillon) and dream-like fantasies and memories of his life prior to paralysis. The title alludes to this juxtaposition: the diving bell representing his final state of isolation, akin to a deep-sea diver under a bell, and the butterfly as a symbol for his blinking eye and the freedom he has in his mind, dreams, and imagination. Shot from Bauby's perspective, we see what he sees. Be it his divorced but loyal wife and his family visiting him, or his old father, played by Max von Sydow, which is probably the scene in this fascinating movie that will make you lose it and weep like the rest of us. 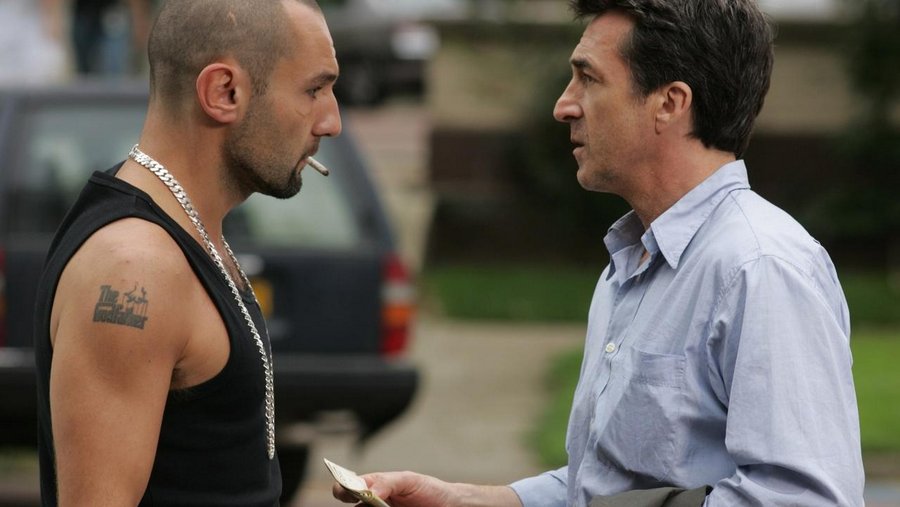 Francois Cluzet, who you may remember from The Intouchable, plays a man whose wife is killed and is accused of murdering her. To make matters even more confusing, signs that his wife is actually still alive surface. This well thought out thriller is at all times the furthest thing from boring and has, among other great components, well crafted chase scenes as the protagonist looks for 8 years of unanswered questions.