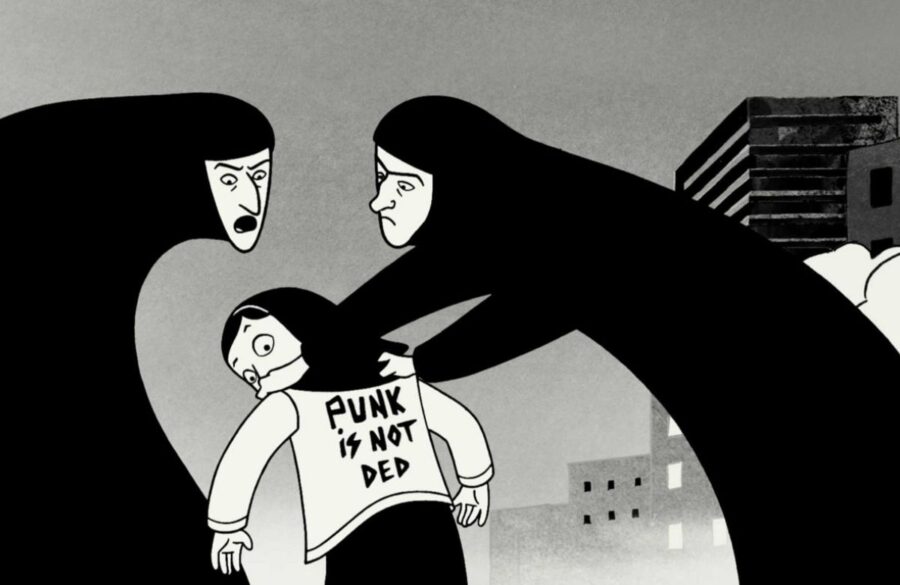 Persepolis is the true story of Marjane Satrapi, the writer and illustrator whose graphic novels of the same name the film is adapted from. It details in vivid animation the trials of growing up in war-torn Iran, but also, crucially, the joys of being raised by a loving family and the significance of forming one’s own ideals and identity. In between revolving dictatorships and tightening restrictions, Marjane comes into her own and discovers what it means to live a meaningful life.

It’s a testament to Satrapi’s many talents that Persepolis never feels too flat or cynical given its 2D style and bleak backdrop. The drawings impressively morph with Marjane’s every thought, as if the ink itself were alive, and her wit persistently comes through in sharp observations and dialogues. Equally impressive is the film’s commitment to portraying war and conflict in a nuanced manner. In an autobiographical tale that is about Marjane’s coming of age as much as it is about her country’s survival, it’s never been more true that the personal is political.